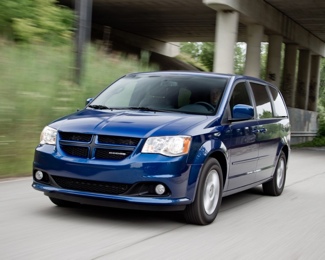 If you’re searching for a new car for the family, be sure to check out the 2012 Dodge Grand Caravan at your local Alberta Dodge dealership. You’ll love the features of this seven seat minivan and easily see why car buyers favor the Grand Caravan over other makes and models in its class. At Jackson Dodge, we understand that you have a number of choices of minivans, and we believe that after speaking with our sales staff and allowing us to show you what the 2012 Grand Caravan has to offer, you’ll see why it outdoes its competition, such as the Toyota Sienna.

You’ll Get What You’re Looking For in a Minivan

We’re not surprised that this 2012 Dodge minivan is a favorite among car buyers. While the Toyota Sienna is a strong competitor in this class of vehicles, Dodge offers car buyers a better deal.

Mechanically the Grand Caravan is a better choice than the Sienna, being flexible with the type of fuel it can use. This kind of choice does not exist with Toyota. Dodge buyers will also get a minivan equipped with a regular block heater, unavailable with Sienna. The 2012 Sienna also only offers regular suspension tuning whereas the Dodge Caravan offers touring suspension tuning.

While much of the vehicle warranty is similar between the Caravan and Sienna, Dodge offers a 60-month/100,000-mile roadside assistance program while Toyota’s 36-month/60,000-mile falls far short.

Whatever it is you’re looking for in a family minivan, the 2012 Grand Caravan is the way to go.

Stop By and Test Drive a Grand Caravan Today

Be sure to come visit your Alberta-area Dodge dealer and take the 2012 Grand Caravan for a test drive. While you’re here be sure to check out the rest of our great selection of other new and used cars, trucks, and SUV’s.