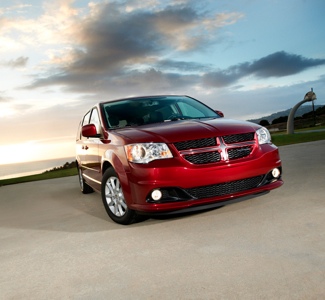 In order to make an informed decision about what vehicle is right for you, it’s important to take all of the minutiae into account. While this can mean sitting down and researching all the pros and cons of each and every make and model you’d be interested in, sometimes a friend can help cut out the fat. At Jackson Dodge in Medicine Hat, we’d like to help you come to an informed decision between two similar models from two different brands. If you’re in the market for a reliable, safe family vehicle, we’d like to recommend the 2013 Dodge Grand Caravan above its competitors, of which the Toyota’s Sienna LE, a seven-passenger station wagon, is one of its strongest match-ups.

The new Dodge Grand Caravan boasts some impressive numbers in contrast to its competitors — it features a V-6 engine capable of producing 283 kW of horsepower as opposed to the Sienna’s I-4, which will only give you 187 kW. Torque is a similar story as the Caravan yields 260 Nm to Toyota’s 186 Nm. If you’re planning on using this as an ad-hoc towing vehicle, the Grand Caravan blows the others out of the water with a stellar 1633 kg of towing capacity. Toyota’s station wagon isn’t capable of towing anything. As you can see, when it comes to power, there is no competition.

The overall safety of you and your loved ones while driving around in a larger sized van is paramount, and it’s important to take everything into account. Both of the contenders have the basics — airbags galore are featured in both cars with front and side airbags for both of the front passengers and overhead curtains in the first, second, and third row seats. Both vehicles also feature similar headlamps, but the Caravan also features door curb lights in order to better illuminate the ground during nighttime drives with the family.

It’s simple to get caught up in the numbers, but for the best results one should definitely check out the vehicles for themselves. The 2013 Dodge Caravan has a special package available for Canadian consumers, called the “Caravan SE Canada Value Package”, and it merits a closer look. Make sure to stop by Jackson Dodge in Medicine Hat, servicing the Swift Current neighborhood, and take a look at one yourself.