The Dodge Grand Caravan has been dominating the minivan segment for over thirty years, and Medicine Hat and Lethbridge drivers often prefer it over the 2015 Honda Odyssey. Families have been depending on this line for generations, and the 2015 Grand Caravan continues to both satisfy and surpass expectations.

The first thing Medicine Hat and Lethbridge drivers notice about the 2015 Dodge Grand Caravan is the large selection of well-equipped, available trims. From the $19,895 Canadian Value Package to the artfully styled $27,990 Blacktop or top-of-the-line $33,495 R/T. Whatever your needs are, you can get behind the wheel of a Grand Caravan that’s right for your family.

Standard equipment across all models includes:

In contrast, the first thing drivers notice about the 2015 Honda Odyssey is the price – and it’s never a pleasant surprise. Starting at $30,350, even an entry level Odyssey will set you back at least $10,000 more than a standard 2015 Dodge Grand Caravan. Similarly, a top of the line Touring model demands a minimum of $48,410 – just shy of $15,000 more than the Dodge R/T trim, but it still lacks the Grand Caravan’s high performance output. 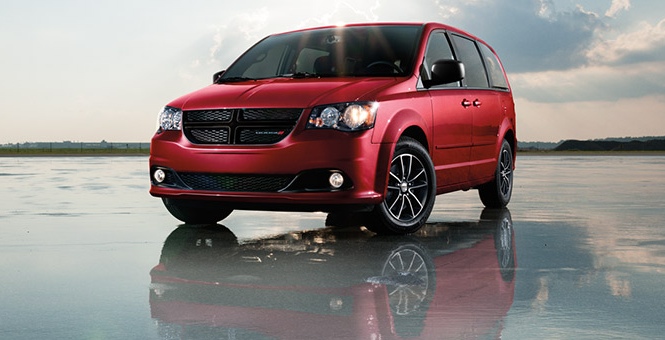 Canadian families depend on their 2015 Dodge Grand Caravan’s 7-person capacity to carry their entire clan with room for everyone’s gear. Even fully loaded with people and cargo, the 3.6L Pentastar V6 engine delivers responsive acceleration. Three-time winner of Ward’s 10 Best Engines, it puts you in control of a best-in-class 283 hp and 260 lb-ft of torque, providing steady and capable performance. A Segment-Exclusive fuel economizer feature boosts efficiency, while the 6-speed transmission system with Auto/Stick allows you to cycle between automatic or manual control.

The 2015 Honda Odyssey just can’t compete. Equipped with a 3.5L i-VTEC V6 motor, it generates 248 hp and 250 lb-ft of torque – a noticeably lower output than the Grand Caravan.

The 2015 Dodge Grand Caravan is built around the needs of Canadian families. Those needs change day by day, so the new model boasts 81 possible interior seating and cargo configurations to ensure you are comfortable during school runs, weekly shops, long journeys, or even when moving furniture and larger items.

To personalize the interior without breaking a sweat, 3rd row Stow ‘N Go seating folds into in-floor bins for a smooth, expansive load space. Unlike the 2015 Honda Odyssey, the new Grand Caravan also offers industry-exclusive 2nd row Super Stow ‘N Go seating. Just the pull of a lever lets you stow the seats in one easy movement. Versatility was never so easy.

The 2015 Dodge Grand Caravan continues to reign supreme among minivans. To experience one today near Lethbridge or Medicine Hat, just come down to the showroom at Jackson Dodge.