The 2015 Dodge Grand Caravan surpasses the 2015 Honda Odyssey, 2015 Toyota Sienna, and 2015 Kia Sedona in terms of more than just popularity among Medicine Hat and Lethbridge, AB drivers. The Grand Caravan has been the nation’s favourite minivan for over 30 years, and the current model remains ahead of the competition by offering more power, comfort, and convenience across the board.

The 2015 Dodge Grand Caravan is one of the most affordable minivans in the country, but it never compromises when it comes to your driving experience. The entry-level Canada Value Package starts at just $19,895, and offers premium features such as dual-zone temperature control, a Uconnect 130 multimedia centre, and a luxury steering wheel with mounted audio and cruise controls.The Grand Caravan’s competitors demand more, yet offer less:

Dodge has never been a manufacturer that shirks its duty to provide Medicine Hat and Lethbridge drivers with a leading level of power, and the 2015 Grand Caravan is no exception. Each model is equipped with the same award-winning 3.6L Pentastar V6 engine, which puts drivers in control of a best-in-class 283 hp.Despite their vastly higher starting prices, no competitor can top the new Grand Caravan in terms of power and performance. The 2015 Kia Sedona comes closest — its 3.3L V6 DOHC can produce an acceptable 276 hp. The 2015 Honda Odyssey and the 2015 Toyota Sienna trail behind, offering 248 and 266 hp, respectively.

With the superior power of a 3.6L Pentastar V6 engine, it should come as no surprise to learn than the 2015 Dodge Grand Caravan also enjoys exceptional capability. With an output of 260 lb-ft of torque, the Grand Caravan is able to tow up to 1,633kg with total confidence. Even if you aren’t planning to haul heavy loads, you’ll feel the power every time you step on the accelerator.

The 2015 Honda Odyssey, 2015 Toyota Sienna, and the 2015 Kia Sedona all make do with the same maximum rating of 1,588kg. If you need a vehicle that can handle anything without complaint, the 2015 Dodge Grand Caravan is really your only option. 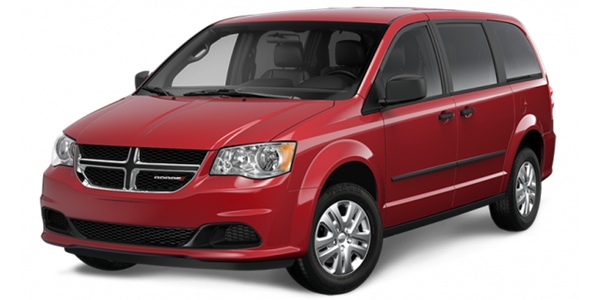 The 2015 Dodge Grand Caravan enjoys 81 possible interior seating and cargo configurations as well as class-leading concealed storage space, making it one of the most versatile minivans on the market. It also boasts several pieces of exclusive storage technology that you won’t find in the 2015 Honda Odyssey, 2015 Toyota Sienna, or the 2015 Kia Sedona.

The Dodge Grand Caravan Reviews are Fantastic — Now Drive It!

With superior power, performance, and versatility – all for a significantly lower starting price – it isn’t hard to understand why the 2015 Dodge Grand Caravan continues to reign as the minivan of choice for drivers in the Lethbridge area. To experience this class-leading vehicle for yourself, just visit Jackson Dodge in Medicine Hat, AB.