Lethbridge drivers searching for a tough and competent SUV will find that and more in the formidable new 2015 Jeep Wrangler, which is available now at Jackson Dodge in Medicine Hat, AB. A real bruiser, the 2015 Wrangler is efficient and powerful, capable of towing enormous amounts of weight down, and able to traverse inhospitable ground with ease. With its ultra-strong suspension system, the Wrangler was built for off-roading adventures. It will take you, and whatever you decide to tie to it, the distance. 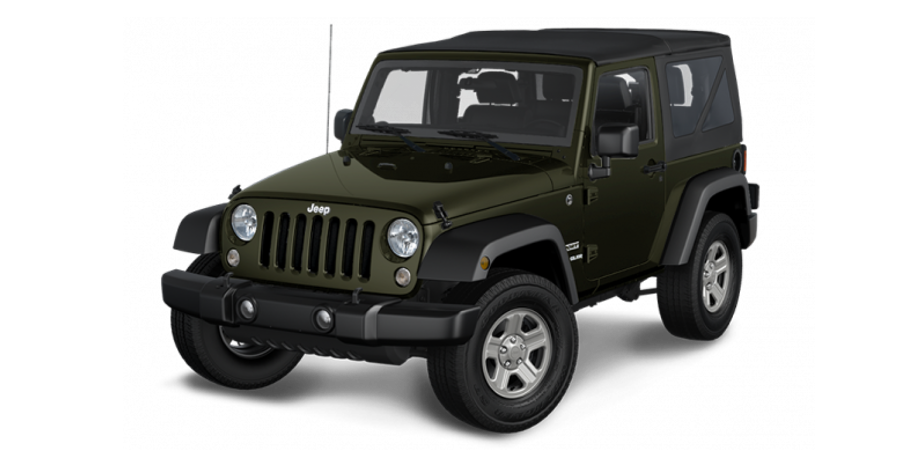 The 2015 Jeep Wrangler is powered by the award-winning 3.6L Pentastar VVT V6 engine. Having been named one of Ward’s 10 Best Engines three times, the Pentastar V6 engine achieves a best-in-class rating of 285 hp and 260 lb-ft of torque. Cleverly outfitted with a noise-reducing engine cover, the 2015 Wrangler revs up a quiet, furious power that Lethbridge drive will appreciate.

The 2015 Jeep Wrangler achieves best-in-class capability ratings across the board, and that includes its towing capacity. Equip your Unlimited Sport, Unlimited Sahara, or Unlimited Rubicon trim models with the Max Tow Package to really see what the Wrangler can do. It includes an awesome 3.73:1 rear axle ratio, a Class II receiver hitch, and a four-pin connector. When properly equipped, the 2015 Wrangler can tow up to 1,588 kg, leaving competitors straining in the dust.

The 2015 Jeep Wrangler is not only off-road capable — it was literally built for it. With its best-in-class clearance height, best-in-class maneuverability, and best-in-class approach and departure angles, the Jeep Wrangler simply towers above its competitors. All Wrangler models are Trail Rated, passing through rigorous evaluations designed to test traction, ground clearance, maneuverability, water fording, and articulation. And if you want a real off-roading leader, upgrade to the Wrangler Rubicon model, which comes standard with a 4:1 low-range gear ratio for true control and precision. The Wrangler is truly an unstoppable force.

The 2015 Wrangler is Ready and Waiting at Jackson Dodge

The 2015 Jeep Wrangler has the formidable power of a ferocious giant, and we have it tamed and waiting here at Jackson Dodge. The premier Dodge, Chrysler, Jeep, and Ram dealership in Medicine Hat, AB, we are just over two hours away from Lethbridge. Contact us or come on in and take the 2015 Wrangler for a test drive today!