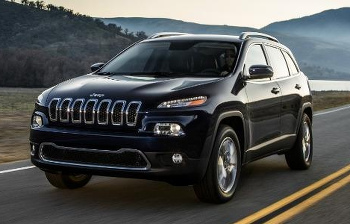 The 2014 Jeep Cherokee has a lot to celebrate. After a 12 year hiatus in North America, the Cherokee has come back strong. This newly redesigned model topped 18 competitors to become the Automotive Journalists Association of Canada’s “2014 Canadian Utility Vehicle of the Year.” Those rivals included models that could have six-figure prices. Not only has the affordable 2014 Cherokee impressed industry experts, but it is also winning over drivers as well, as the new Cherokee already set a company sales record in its segment.

The Canadian Car of the Year Awards

Beginning in October of 2013, 80 of the most respected automotive journalists all around Canada congregated in Niagara Falls for an event called “TestFest.” During this latest “TestFest,” 174 vehicles that are new to the market or have undergone significant changes are evaluated. Since the 2014 Jeep Cherokee took the top spot in December as AJAC’s “Best New SUV/CUV Under $35,000,” the vehicle was eligible to be crowned as the “2014 Canadian Utility Vehicle of the Year.”

Highlights of the 2014 Jeep Cherokee

With its affordable price tag and abundant amenities, it’s no surprise that the 2014 Jeep Cherokee is so beloved by industry experts and consumers alike. From its innovative design to its class-exclusive features, the Cherokee has a lot to offer. Here are just a few of the noteworthy features you can expect:

For the first time on a Chrysler Group vehicle, the Jeep Cherokee can be outfitted with the Parallel/Perpendicular Park Assist feature, which helps drivers easily and safely park their vehicle. Other class exclusives include an available nine-speed automatic transmission for optimal shifting.

Take the 2014 Jeep Cherokee For a Test Drive

After seeing what all of the buzz is about, you won’t want to miss out on this award-winning SUV. Feel free to visit Jackson Dodge in Medicine Hat and take the all-new Cherokee for a spin. This model is the ideal balance of rugged and refined, so stop by and enjoy its innovative technology and off-road capability!